Lads, I think we can all agree that there’s nothing like wearing a hideous Christmas jumper to shindigs around this time of year.

The more garish, the better.

But like, we don’t want to be the only ones looking completely daft. It only works if the group collectively looks stupid.

Poor Ryan Reynolds was the odd one out recently as the tables were turned and the funny man himself got pranked.

In a recent Instagram uploaded by the 42-year-old Deadpool actor, Ryan is seen sporting a pretty terrible Christmas jumper that’s made to resemble a present, but he was alone in his sartorial choice of a festive knit.

“These fucking assholes said it was a sweater party.”

He appeared unimpressed while Hugh and Jake relished in their prank success.

Ryan is like the class clown of Hollywood and always gives us a laugh with his funny quips. He recently accused his wife, Blake Lively of cheating on him in a mocking tweet and even has had the banter with Beatles member Paul McCarthy.

Ryan definitely got a taste of his own medicine after that one, however! We just can’t wait to see how he’ll retaliate.

Anyone up for a social media detox? We’re taking a breather on Girls With Goals  this week!

Don’t forget you can catch up on all episodes on Spotify now.

We went #BehindTheBrand with Marissa Carter

Congrats, you’ve spotted the Cadbury Secret Santa. Simply take a screenshot and follow these instructions to be in with a chance of winning €400 cash! 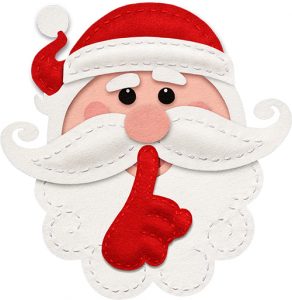 We went #BehindTheBrand with Marissa Carter

Want to take a look around James Kavanagh’s house? Click below for more…